Structure and function of the protein molecule. 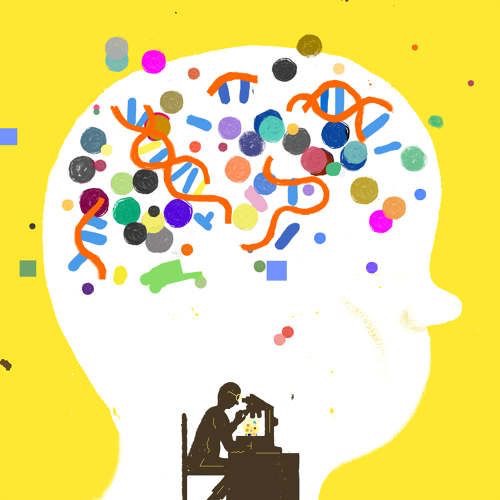 Gerhardus Johannes Mulder, a Dutch chemist first discovered the protein in 1837. However, the name protein is given by Berzelius in 1838. Protein is a long chain of amino acids. It was believed that the first biomolecule which was originated on earth was an amino acid.

“Protein is an important biological molecule which is complex in nature. Depending upon the complicity of protein it is characterised in primary, secondary, tertiary and quaternary structure.”

An amino acid is made up of an amino group (-NH2) and an acidic carboxyl group (-COOH) along with the organic group as a side chain. A long chain of an amino acid is joined by a peptide bond and makes a unique protein for particular biological function.

Both amino and carboxyl group attached with a central carbon molecule, an alpha carbon. It is an R group of a side chain which makes each amino acid unique is structure. 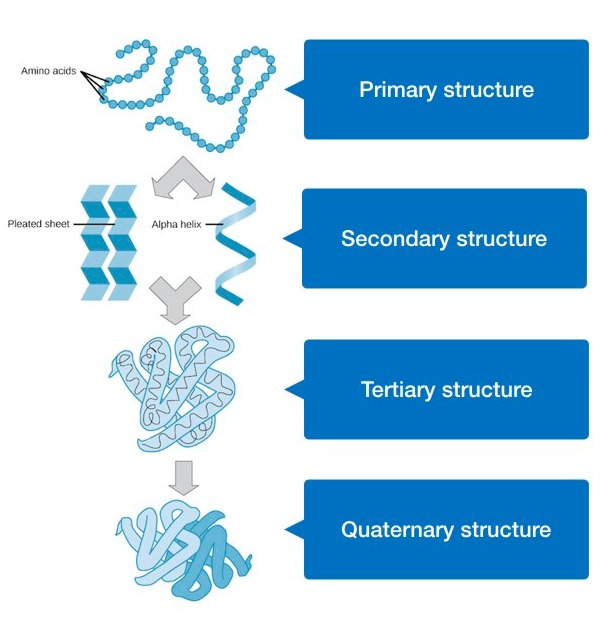 Primary structure : It is a simple linear chain of a polypeptide. Different amino acids are joined by  peptide bonds.  The end of the polypeptide chain is known as N-terminus and C-terminus. The structure is simple and not highly organized.

Read the article: Role of alcohol in DNA extraction

Tertiary structure: It is a three dimensional arrangement of a polypeptide chain. Here along with hydrogen bond, several other bond creates complexity in structure.  Different types of interaction including non-cavalent bonding, ionic interaction and disulphide bonds between R group of different amino acids, gives a three-dimensional structure to protein.

Interestingly, disulphide bond plays crucial role in tertiary structure formation. Cysteine is sulphur containing amino acid, which is held together by disulphide bond and it will provides strength to the structure.

Quaternary structure: Subunits of multiple polypeptides are held together in a quaternary structure. It is most complex form of protein. For example haemoglobin is made up of alpha subunit and beta subunit. Four long chains of amino acid associated with non-protein heme group which is prosthetic in nature.

Quaternary structures of protein is a complex arrangement between protein molecules and other non-protein groups for specific functions.

Protein is an important biological molecule, it is involve in almost all type of biological reactions. Enzymes, hormones, receptors, ligands, chaperons and immunoglobulins all are different forms of proteins.

Additionally, protein works in combination with some other molecules, for example, it interacts wit fatty acid and creates important complex molecules for cell membrane (lipoprotein). Protein is an integral part of all life forms on earth.