DNA contains a precious piece of information for life on earth, encoded into the triplet codon.

It is made up of nitrogenous bases, pentose sugar and phosphate.

A phosphate supports the DNA backbone while the Bases joins two DNA strands and give it a double-helical appearance.

The DNA is same in all living organism starting from a single cell prokaryote to multicellular eukaryotes. However, it differs only in quantity and expression.

For instance, some bacteria contain a few genes while higher eukaryotes contain more than a few thousand genes.

It depends on the requirement of an organism and its survival potential, But the function of DNA is the same in all, it stores and inherent information to the next generation.

The DNA can remain stable for more than 2000 years if adequate conditions are found.

Scientists have solved many mysteries from ancient DNA older than 2000 years. And this can be done because the DNA sample is stored in appropriate conditions.

For doing some research on DNA for a longer period of time, we have to follow some strict rules for storing it.

Here in the present article, I will explain to you what to do and what not to do with a DNA sample:

What to do with a DNA sample:

1. Always prefer to store the DNA sample in TE buffer.

You can also dissolve DNA in water, for that use only distilled water.

Note: water dissolved DNA can not be stored for longer periods.

Read more on how to prepare a TE buffer: Importance of Tris-EDTA (TE) buffer in DNA extraction

3. Use only TE buffer for storage, never use water.

5. Wear gloves to handle the DNA sample. DNase like enzyme can cleave DNA into fragments and fragmented DNA is useless.

Furthermore, use always a new pair of gloves, because contaminated gloves can contaminate the entire sample.

The DNA sample can be contaminated with other exogenous DNA therefore always take care of a DNA sample that it can not mix with other DNA sources.

6. Always use a sterile tube for collecting the DNA sample.

7. Labelling of sample is one of the important things to do. Labelle each DNA sample properly and make an entry of it in the register as well as an online database.

8. If needed precipitate DNA sample only using the ethanol, never use methanol for precipitation (you can precipitate with methanol only for some school experiments).

10. Use a unique and special code which is also understandable for your colleagues too.

11. Use airtight cap tube and wrap it with parafilm.

Never store DNA with other chemicals such as DNase enzyme, proteinase, EtBr etc because these chemicals can react with DNA and can damage it.

Prefer to store DNA in a precipititaed form.

Quantify the DNA before storage.

In the year 20013 Eske Willerslev, Marcus Thomas Pius Gilbert and co-worker sequenced the horse DNA extracted from the leg bone found in the permafrost. This ancient DNA is more than 560-780 thousand years old.

Another team of scientist from Germany sequenced a 300,000 years old mitochondrial DNA extracted from Ursus deningeri outside the permafrost regions.

These results indicate that the DNA can remain stable for thousands of years, however, due to the deamination, radiation, extreme heat, fragmentation and crosslinking DNA sample can deteriorate.

Some of the DNA damaging agents are enlisted below, 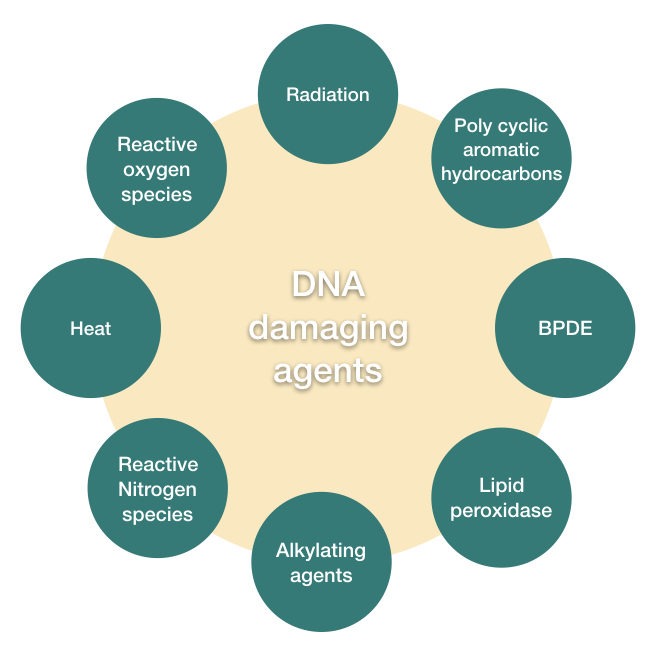 What not to do with a DNA sample?

2. Never dissolve DNA in water for longterm use.

4. Never boil the DNA sample it will denature the DNA, also at a higher temperature, the DNA        can be damaged.

5. Never mix the DNA sample with other chemicals.

9. At a time of use never heat the DNA sample for thawing, put it at room temperature or thaw it with hands but with gloves.

10. While using a stored DNA sample, never use it directly for experiments, quantify it before use.

11. Check the quality and quantity of DNA periodically, if deterioration reported, immediately inform the responsible authority.

These are some of the rules you have to follow to store DNA sample. In the upcoming years, large scale DNA storage facilities will be required due to the popularity of DNA testing and DNA digital data storage technology.

A state of the art DNA storage facilities will become a good start-up business in upcoming years.