Differences between nucleotides vs nucleosides:

The nucleic acid is a genetic material involved in the inheritance of information and present in the nucleus of a cell. It is made up of the three important ingredients- nitrogenous bases, sugar and phosphate.

These three’s are collectively referred to as a “nucleotide“. A long chain of different nucleotides called a polynucleotide chain which forms a DNA molecule. The sugar present in it is either deoxyribose or ribose that manufactures DNA or RNA, respectively.

On the other side, during the process of phosphorylation, using the enzyme kinase, a phosphate group is attached to the sugar of the nucleic acid and constructs the nucleotide.

The nucleoside is a single molecule and does not have other variants whereas based on the number of phosphate groups the nucleotides can be divided into nucleotide monophosphate, nucleotide diphosphate and nucleotide triphosphate with one, two and three phosphate backbones, respectively. 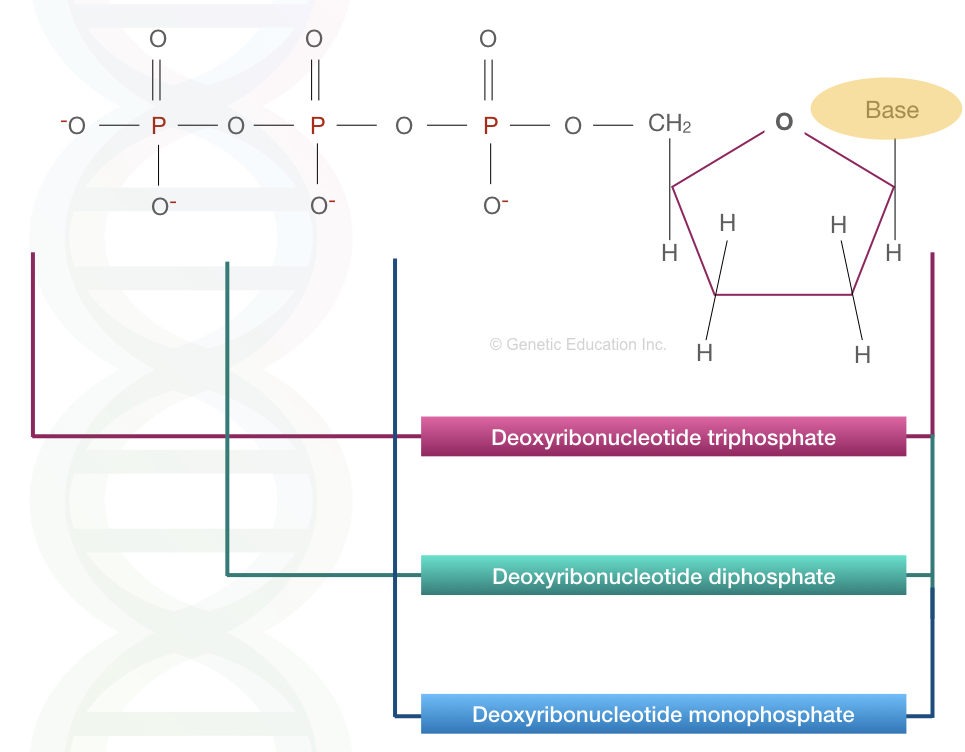 DNA is one of a well-known polymer of nucleotide triphosphates.

The artificial polynucleotide chains are used to cure different disorders using gene editing and gene transfer technology while some of the nucleoside analogs are used as anticancer and antiviral agents.

While some of the examples of nucleosides are inosine, guanosine, uridine and adenosine.

Nucleotides are used to store and transfer information, signal transduction pathways, and work as an energy source.

However, the nucleoside is important in constructing nucleotides thus a nucleoside rich diet is required for staying healthy.

Actually, we can say, the nucleoside is an intermediated molecule that helps in constructing nucleotides properly.

Summary of the article:

DNA vs RNA: Differences And Similarities.

Conclusively, we can say DNA is made up of the polynucleotide chain whose building block is a nucleotide, made up from the phosphorylation of nucleosides. Whereas the nucleosides are significant only for constructing nucleotides.