The DNA is an important biomolecule for every organism, in fact, for the earth. Life could not originate on earth if DNA was not with us.

However, before the mid 19’s the biomolecules was totally unknown to all. After the discovery of the structure of DNA by Watson and Crick in the year 1953, every year the popularity of the DNA becomes constantly increases.

Nowadays people are much interested in DNA. And after the introduction of the DNA test, people become crazy for a DNA test, they want to know about their close relatives, their migration history and lot more.

We all know basics about DNA right! we are not discussing it in detail here.

Lets quickly go through it in few lines,

The DNA is negatively charged due to the presence of the negative charges on the phosphate backbone.

Learn more about DNA: DNA story: The structure and function of DNA 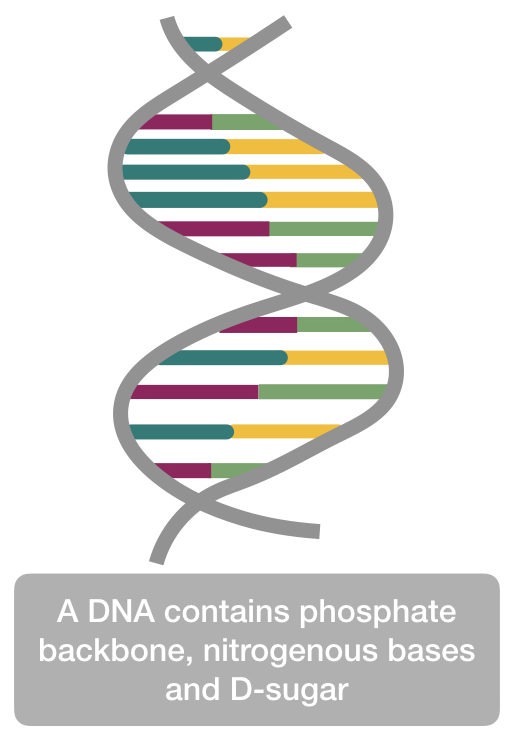 The present article contains 20 socking DNA facts probably you don’t know about it.

Let’s quickly get into the article:

DNA is not a living entity as like us or virus, beacuse it is just a biomacromolecule, essential for the life expectancy of any organism on earth.

It is scientifically proven that DNA are located on the chromosomes and can not move or migrate by themselves.

However, In the year 1952, Barbar McClintock had proved that DNA can move.

The sequences called jumping gene can move from one place to another place into the genome and alters the function and expression of a gene.

See the experimental set up of her: 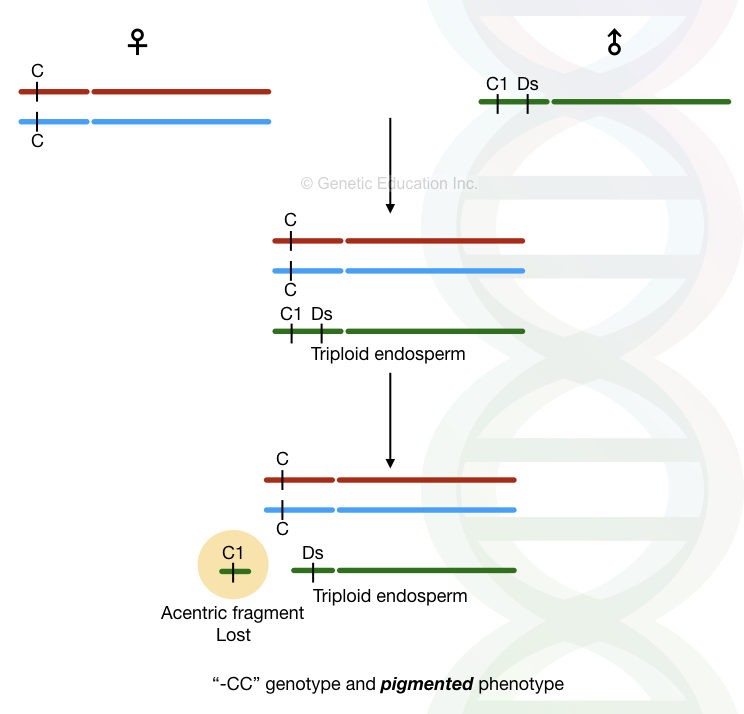 2- Some DNA’s were free-living bacterias:

Although the DNA is located into the nucleus of a cell, some amount of DNA is also present into the cytoplasm of a cell.

Often called a cytoplasmic DNA, is present into the membrane-bounded organelles such as mitochondria and chloroplast.

The mitochondrial and chloroplast have their own DNA. Moreover, using this DNA, it can synthesise their own protein.

The scientific data suggest that mitochondria and chloroplast might be some free-living bacteria in their previous life.

The mitochondrial DNA is more similar to the bacteria DNA. Both might be settled into the cytoplasm of the eukaryotes to fulfil a symbiotic relationship.

Only 0.1% part of the total human genome is variable among all of us, which mean that what we are, is only due to the 0.1% difference from others.

By doing the DNA fingerprinting two individuals can be identified biologically, the method is one of the most accurate and acceptable.

The human genome is made up of approximately ~3 billion base pairs in which only 3% of DNA sequences can encode proteins.

The rest of the 97% of the DNA is non-function called junk DNA.

Although functionally the junk DNA itself can not encode any protein it regulates the gene expression. It can ON/OFF gene expression in different tissues.

5- The DNA is very longer than we think:

If we unwind the DNA of a single cell, it is almost six feet long. All the tissues of the human body are made up of the 100 trillion cells.

If we unwind all the DNA of 100 trillion cells and stretch it, we can go to the sun and back to earth for more than 500 times (However, no one has done it yet). 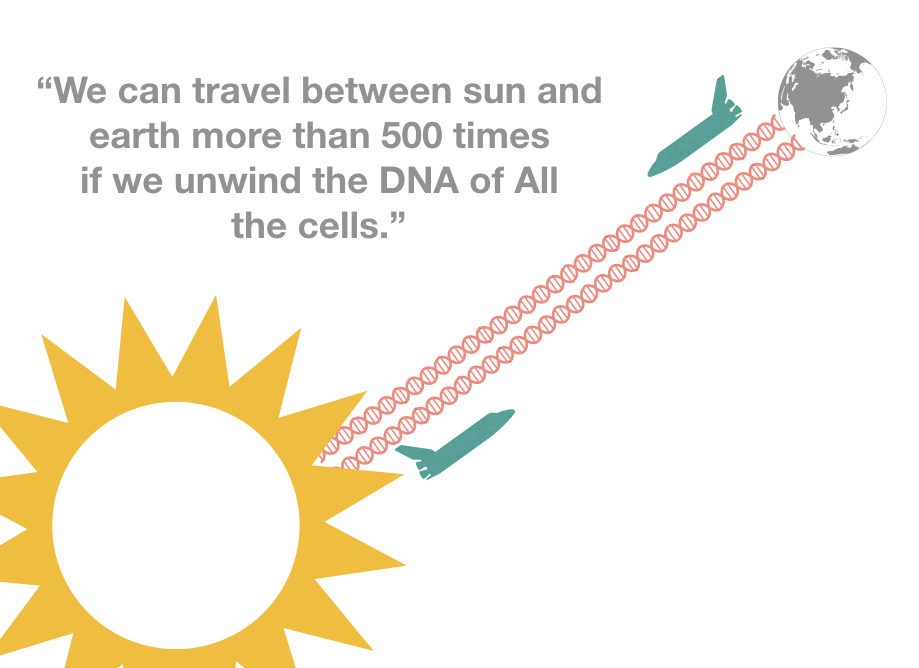 6- We are more similar to chimpanzee and banana:

You heard it right.

7- DNA can be used to store digital information:

All digital information of the world can be stored in only 2 grams of DNA.

We have explained all the steps and procedure on how to encode data in DNA in our recent article, read it here: DNA digital data storage.

A fish named “Bdelloid rotifers” adsorb foreign DNA, can eat it, and survive. It is an ancient aquatic eukaryote, only of its type that can eat DNA and use DNA energy for its metabolism. 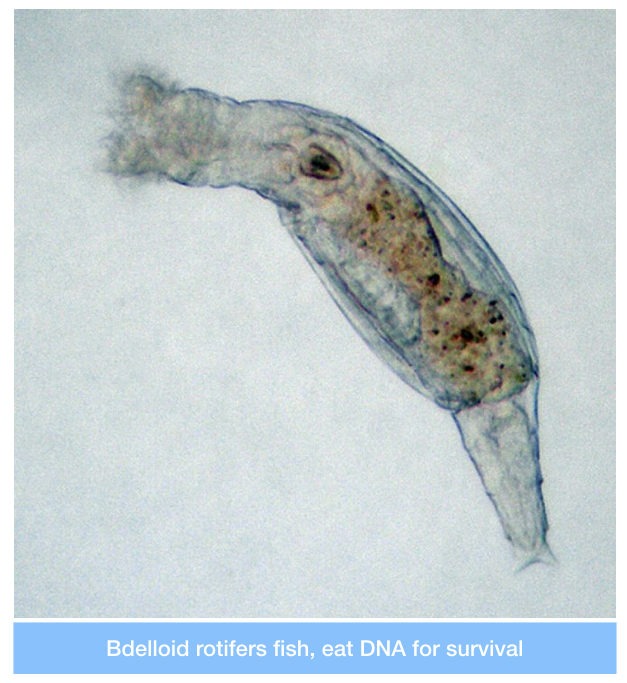 9- 100% similar DNA is present in these individuals:

The monogenic twins originated from a splitting of a single embryo has 100% same DNA. Still, some of their characteristics and behaviours might be different.

The behaviour of an individual is originated due to genetic and environmental interaction.

Therefore genes expressed differently in a different environment. This is the reason, the behaviour of monogenic twins are different. Just like we edit our youtube videos, the human genome can also be edited to remove faulty genes or non-functional genes.

(However, the consequences of the genome editing is unpredictable).

11- DNA is not only a genetic material:

By doing the reverse transcription, it synthesises DNA from the RNA and inserts it into the host genome.

12- Some of the viruses are inactively settled in our genome.

The major portion of it is made up of the retrotransposons whereas the DNA transposons are commonly found in bacteria.

The retrotransposons move via the RNA intermediate, contains “gag” and “pol” gene.

The genome of the retrovirus contains “gag”, “pol” and “env” gene. The “env”  is required for the coat protein synthesis which is not present in retrotransposons.

Therefore, it is believed that the retrotransposons are retroviruses in their previous life, settle in the eukaryotic genome and becomes inactive.

The DNA is made up of the phosphate, sugar and nitrogenous bases. The bases in DNA are thymine, cytosine, adenine and guanine.

The different form of ribose sugar present in both makes them different from each other.

[epcl_box type=”information”]The digitalized DNA sequences of S Hawkings and N Armstrong are stored in the “immortal drive” at the international space station. [/epcl_box]

Addition of methyl group to the G and C rich regions of DNA makes DNA inactive or nonfunctional.

The non-coding region of the genome is majorly methylated.

By doing it, the gene expression is regulated epigenetically. Every individual has a unique methylation pattern that is different from others.

One copy of a genome inherited from the father while another from the mother. Therefore two different methylation pattern exists in a baby.

Interestingly, during the pregnancy in the (late phase), all the methylated DNA becomes demethylated once for a moment and remethylated differently from the mather and mother DNA.

Every time the methylation is reprogrammed during the pregnancy.

15- The centre of our milky-way galaxy contains a precursor of DNA in it.

NASA’s spritzers space telescope revealed that in the centre of the milky way a spiral DNA like structure is observed due to the high magnetic field.

Furthermore, the recent studies suggest that the deoxyribose sugar can also be synthesised in the space, indicates that the DNA arrives from the space to earth.

16- All the information of life is in DNA:

The DNA is a storage unit contains information for encoding proteins. It codes for different types of proteins such as hormones, enzymes, precursors, chaperons, immunoglobulins and receptors etc.

Therefore how different biological reaction is catalysed is regulated by the DNA and before the birth of a person, all the information is already stored in their DNA.

17- Not all the DNA are located on chromosomes:

Ideally, the DNA is located on the chromosomes.

Almost every DNA is located on the chromosome but interestingly not all.

The cell-free fetal DNA, a smalled fragments of DNA are freely floating in the maternal blood does not locate on the chromosome.

Even, the chloroplast and mitochondria contain a single circular DNA molecule which even not present on any of the chromosome.

The plasmid DNA of bacteria are freely present in the cytoplasm but are different from the bacterial chromosomal DNA.

The plasmid contains some of the important genes required for the bacteria to survive.

The scientist has isolated DNA transposon from the Tc1/marine type of fish which are inactivated over 2000 years ago.

The DNA is a very stable molecule that can remain stable for more than 2000 years, however, some amount of deterioration is reported under harsh condition.

Intact DNA isolated from the organism frozen during the ice age.

19- DNA can be reprogrammed:

20- The structure of DNA is not only helical

We learned that DNA is a spirally arranged helical structure. However, one extra motif in DNA structure is also reported.

Some DNA also contains an extra motif in it called i-motif or intercalating motif. The structure is similar to G- quadruplex and unlike the helical structure.

The i-motif is formed due to the higher cystine rich DNA.

Although it is not prevalent in human cells, recently the i-motif is found in some human cells.

The function of i-motif is still unknown but scientist believes it may help in cell reproduction.

We will learn more about i-motif and its structure in the next article.

We hope you like this DNA facts. and these are actually scientifically proven. If you have any socking information on DNA, please share with us by commenting below.