“A complete haploid set of the DNA present in an organism is a genome, contrary, a gene is a smaller functional part of the whole genome that encode proteins.”

The comparison of Genome Vs Gene is practically non-significant, de facto. However, To understand both the terms very well, we are doing this comparison.

The present topic will help newbies to perceive fundamentals.

Comparing Genome Vs Gene is like comparing the ant and the elephant, indeed.

Let’s understand it by taking the example of cook-book,

“A genome is like a whole cookbook contains information of all the recipes, ingredients, and how to cook it.

Whereas the gene is a specific recipe by reading the information of it we can cook a specific dish (thus protein).”

Genome Vs Gene, an unusual comparison:

A gene is a functional sequence of DNA ranging from a few hundred base pairs to several thousand base pairs. For example,

Note: the human DMD gene is the largest gene that exists, having 2.3mbps (megabase-pairs).

The genome of the Carsonella ruddii, a sap-feeding insect has the smallest genome with only 159662 base pairs and 182 genes.

The Paris japonica sports, a rare Japanese flower has the largest genome size on earth. The genome of it has 130 billion base pairs which are 50 times larger than the human genome.

A genome includes functional as well as non-function DNA.

A gene is a dedicated functional piece of DNA.

The exon present is a gene code for a particular protein, on the other side, the genome comprises coding as well as noncoding introns, intervening sequences, pseudogenes, jumping genes, conserved sequences, and other DNAs. 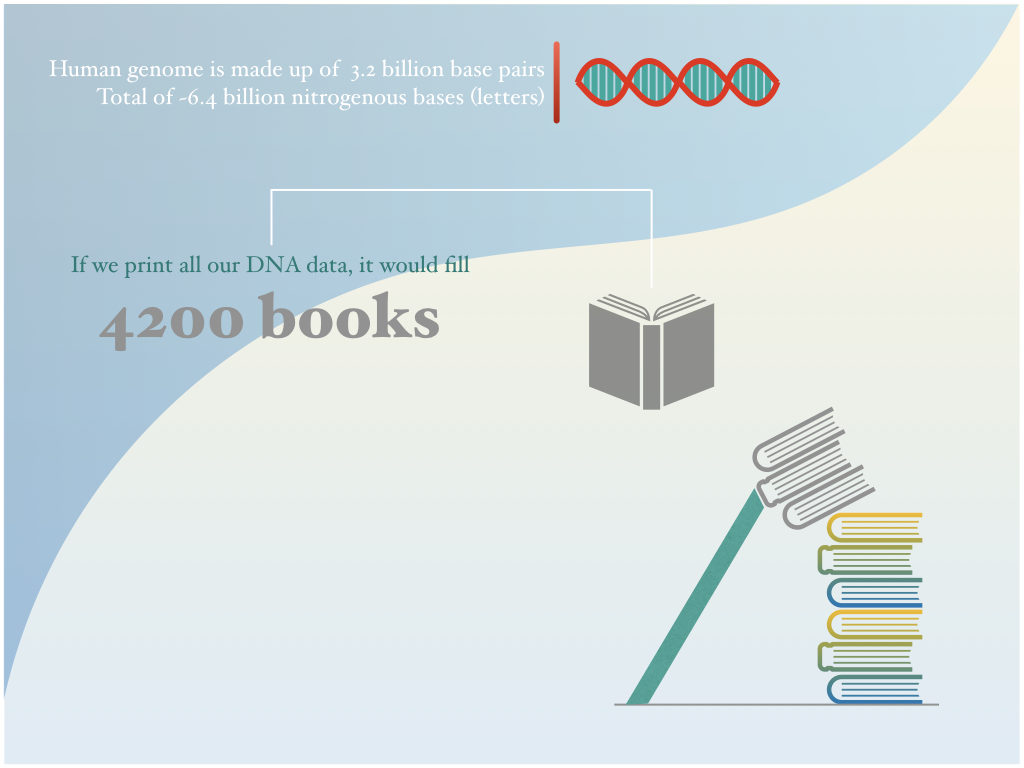 Functionally, a gene encodes either structural or functional proteins.

The major portion of a genome is made up of repetitive DNA sequences.

Only a single genome is present in an organism.

Several hundred to thousand genes are present in an organism’s genome.

A genome is located in the nucleus of a cell.

Genes are located on the chromosome and a single set (23 chromosomes) of chromosomes is called a genome.

A major portion of the genome, approximately 97%, is made up of the non-coding DNA.

A gene carries several hundred intervening non-coding DNA sequences called introns and is removed before the final transcript is formed.

The non-coding introns are not involved in the process of protein formation. It is removed by the process called splicing.

A branch of science includes the study of genome structure, function and regulation is referred to as genomics.

A branch of science deals with the study of gene structure, function, and inheritance is known as genetics.

A genome is an entire DNA present in the nucleus of a cell.

A gene is a short stretch of DNA.

Some of the genes are not present in the nucleus (mt DNA or cpDNA) called cytoplasmic DNA or non-nuclear DNA.

Note: it is yet not clear that the mitochondrial DNA and chloroplast DNA can be included in a genome or not.

The summary of the article:

Now lets quickly go through the gene and genome.

What is a Genome?

A genome is a complete haploid set of DNA of an organism consisting of all genes. Each genome contains all the information regarding the building and maintaining an organism’s metabolism and development.

Normally, a genome is used to define the haploid set of chromosomes in the nuclei of multicellular organisms. That is why it is often referred to as human genome, mouse genome or fly genome. With time, the definition of the genome has changed.

The size of genomes varies greatly by DNA content. In other words, a correlation can be taken into consideration between the size of DNA and developmental complexity.

The SV40 and E.coli genome are made up of approximately 5000 bp, 4.6 million bp while a multicellular worm C. elegans and the human genome is made up of 100 million bp  3.2 billion bp, respectively.

Size of several genomes are enlisted below,

The genome is formed of coding genes as well as non-coding junk DNA. There are 23 pairs of chromosomes in the human genome in which 22 homologous pairs are autosomes and 1 pair is a sex chromosome.

Humans and most of the eukaryotes are diploid organisms.

The sexually reproducing organism has half of the chromosome number in gametes compared to their somatic cells.

The human genome project was conducted in the ’90s for decoding the entire genome of us. Scientists had identified various genes and other DNA sequences of our genome and their functions.

What is a Gene?

Chromosomes are made up of bundles of looping coils, a complex network of DNA and proteins.

If it is untangled, a six-foot-long double strand of deoxyribonucleic acid – DNA is formed. A polynucleotide chain of DNA is arranged like a ladder made up of nucleotides. There are four types of bases – adenine (A), guanine (G), cytosine (C) and thymine (T) are present in DNA.

As we know, rung of DNA ladder is joined by covalent bonds between A-T and C-G. So, there is a pair of nucleotides on each rung of a ladder. 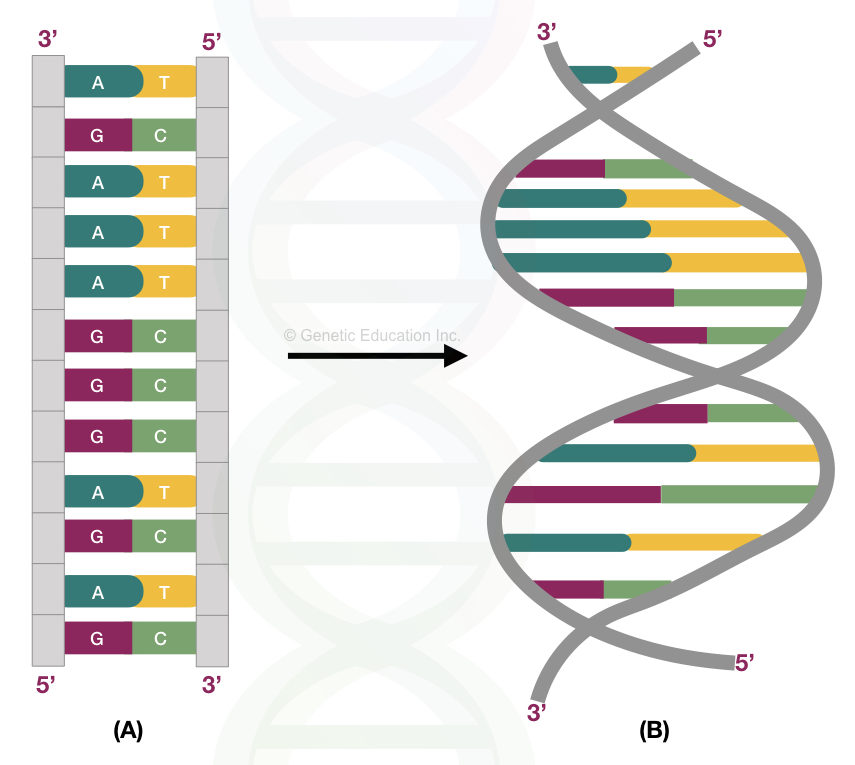 There is around three billion pair of nucleotides in each cell. 23,000 various genes are to date identified. A gene is a locus or a sequence stretch on the DNA polynucleotide strand and a unit of heredity.

Genes are mostly known as the blueprint for life. A gene makes either a functional or a structural protein, “it is a recipe for making a protein.”

Genes in a cell don’t synthesize protein directly. Instead, transcription of DNA occurs to do so.

The segment of the DNA to be transcribed is cut by an enzyme and used as a template to form a single-stranded molecule of RNA. The RNA is also a nucleic acid which is made up of the ribose sugar.

This transcribed RNA is called messenger RNA or mRNA as it carries the message to the cytoplasm of a cell. RNA is then translated into respective proteins with the help of ribosomes.

Each protein helps in determining various traits. This is the central dogma of molecular biology.

The concept of the gene as a mechanism of inheritance was first viewed by Gregor Mendel in 1860. It was an essential conceptual change from, the established concept of Darwin and Hippocrates.