The length of the telomeres of the human chromosome has a significant role in the ageing process.

The length of the telomeres in inversely proportional to the age of an organism.

Recently NASA did a twins study aiming to investigate the immunological, genetic, epigenetic, metabolic and biochemical factors and its influence on human health.

For their ambitious project, they had selected twin astronaut Scott Kelly and Mark Kelly. We had already covered an article on NASA twins study, in the present article we will discuss something else that no one noticed.

Read our article on NASA twin’s study: NASA Twins Study, “7% Of Scott DNA Is Not Matching With His Twin Brother Mark”, Is It Possible?

But before that lets quickly go through what NASA found in their study. The NASA twins study in a combination of so many independent studies conducted across the world. 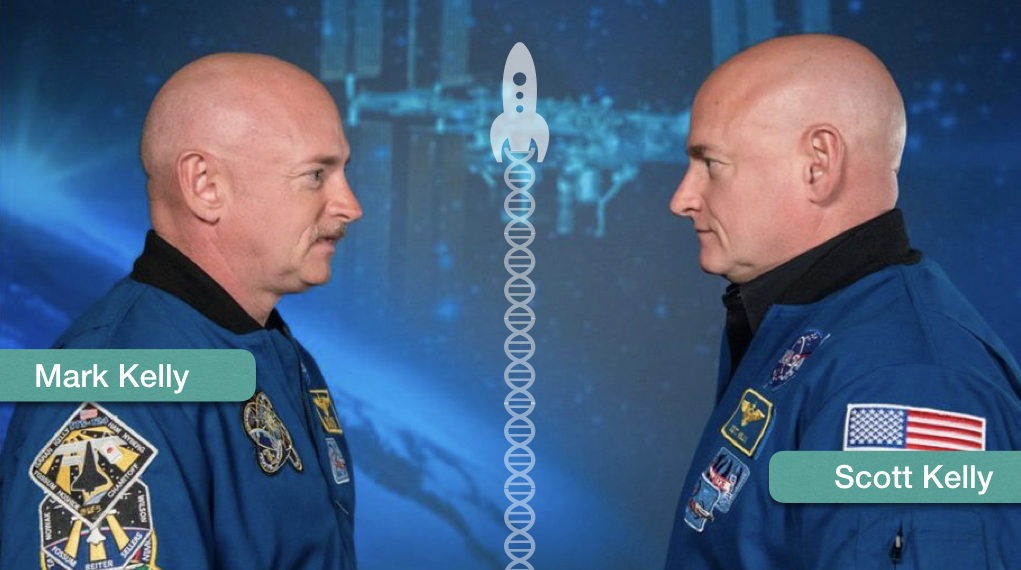 The briefing is given here:

The vaccines work finely on both the suspects. No major signs of immunological reactions are reported.

The epigenetic profile of Scott in space altered a bit as compared to Mark on earth.

The cognitive properties deviated a little in Scott during his stay in space.

Due to strict diet plant of astronauts, the body mass of Scott decreased 7%.

Telomere lengthening is observed during Scotts’ stay in space.

Interestingly, all the changes came to its normal range within six months after returning to earth.

Though the length of telomere came to its normal range after returning to earth, the study is indicating something else what no one noticed yet.

Space is an infinite place having a zero gravity, often called a microgravity field too. We can not breathe in space due to the scarcity of oxygen and thus naturally we can not survive in the space.

(Because space does not have the atmosphere!!)

There is nothing in the space that holds two objects, therefore, an object in a space swim or travel for an infinite time (but that doesn’t mean we can live longer).

Space is filled with harmful radiations, noises and other deadly objects that are not suitable for humans.

There was no water anywhere on planet or star in the entire universe except the earth. Thus, space is a hard place to live in.

“Under the zero gravity, the body becomes weaker with muscle atrophy.”

The NASA twin study is designed to measure different parameters in space and telomere activity was one of them.

Interestingly, they had found that the telomeres are lengthened abnormally during Scotts’ stay in space.

The length of the telomere is related to the age of an organism.

At the end of the chromosome, the set of repetitive DNA sequences of TTAGGG creates a telomeric cap.

This repeat is varying from organism to organisms ranging between 3000 to 15000 times.

After each round of replication, up to 200 bases from telomere losses.

During the process of replication, in the end, several sequences of DNA can not be replicated due to the end replication problem, thus if telomeres are not present, the coding sequence of chromosomes can not be synthesised properly. 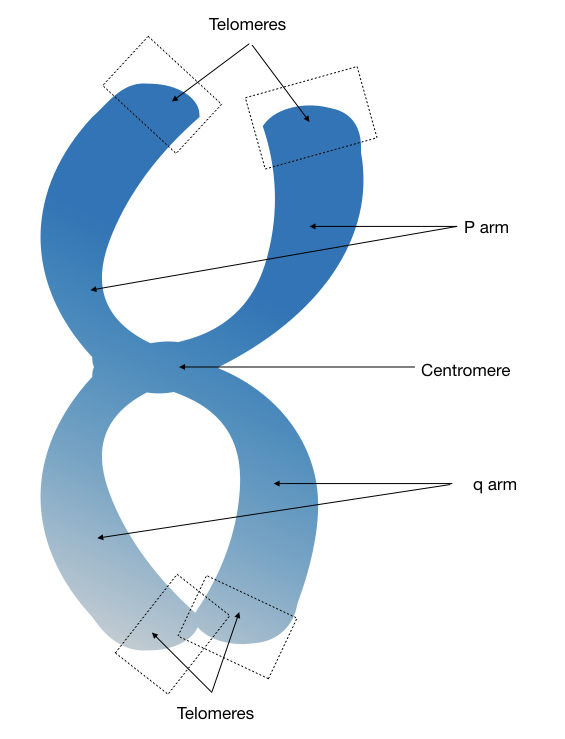 The telomeres are the non-coding DNA that protects the coding segment of a chromosome, and after each round of replication, several sequences of it can not be replicated.

There are two major reasons for this,

End replication problem, as we discussed above and

The oxidative stress is another big factor that induces telomere shortening. Our lifestyle factors such as smoking, drinking and adverse diet cause loss of bases from the telomeres and thus promotes ageing.

As our cell divided, after each round of cell division telomere becomes shorten and we age.

Once the telomere becomes too shorten, the cell can not divide further and undergo cell death process called apoptosis.

And ultimately the organism dies.

If we maintain, the healthy lifestyle we can strengthen our telomere and can live longer.

NASA’s twin’s study revealed that the telomere becomes longer in case of Scott Kelly in space while it remains normal in case of the control subject and his twin brother Mark Kelly on earth.

Why would this have happened?

Hypothetically, there are three possibilities.

It might possible that some unknown factors present in the space might slow down the cell division process of us. We don’t know about it.

Second, the diet of astronauts.

The space food system/ astronaut food system played a role in this. The high folate-rich diet played a crucial role here. The folate present in our body plays an important role in DNA synthesis and telomere dynamics.

Scott’s folate level was lower when he was on the earth and increased afterwards during his stay on ISS.

The increase B12 (folate) level played an important role in strengthening his telomeres.

see what NASA says about the folate: 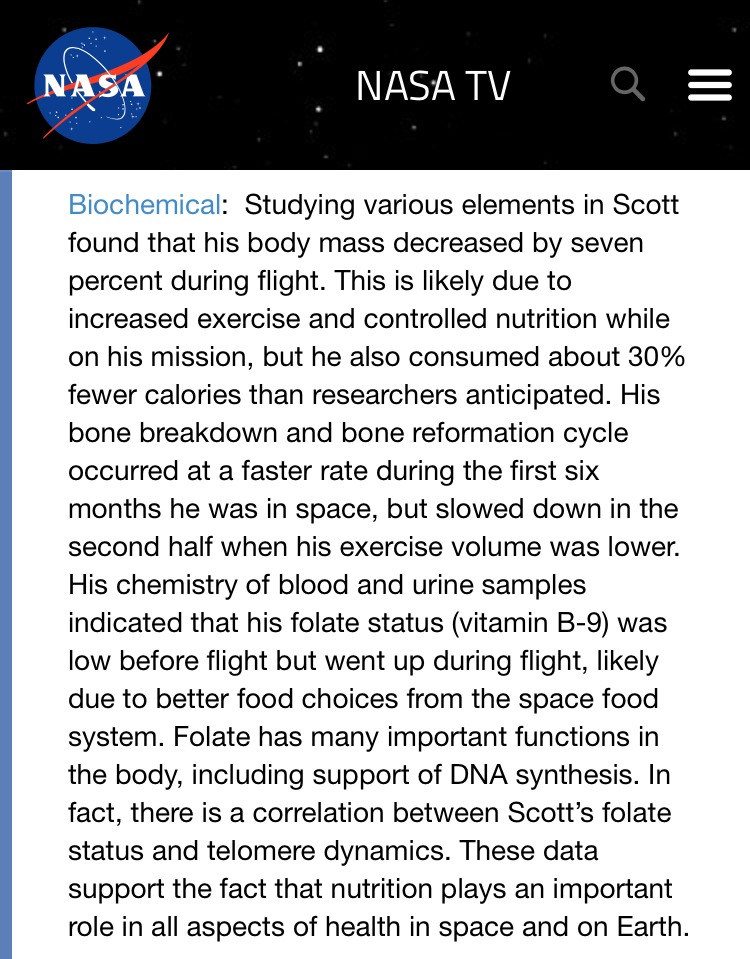 The third one is the activity of telomerase,

The telomerase is an enzyme that adds the nucleotides to the telomere end and thus maintains its length.

However, a very low amount of telomerase is found in somatic cells as compared to the germline cells.

It might have happened that the telomerase activity increased gradually in space due to some unknown factors which consequently lengthened the telomeres of Scott’s chromosomes.

Nevertheless, after returning to earth, the activity of telomere gradually comes under the normal range.

Still, it is an indication that the apoptosis rate may decrease in space or if not,

It also clarifies that adopting a healthy lifestyle and folate-rich diet helps in the lengthening of telomeres.

However, this doesn’t mean to become immortal but we can live longer if we are in space.

Dr Nathaniel Szewczyk selected C. elegance to his study as a model organism and reported that the rate of toxic protein accumulation in muscle in this particular species was reported in less quantity in space as compared to earth.

Further to this, at the epigenetic level, some of the genes expressed less in space.

Eventually, the muscle atrophy leads to longevity in c.elegance.

In addition to this, they had reported reduced gene expression in seven candidate genes involved in the ageing process.

But Dr Nathaniel Szewczyk’s study and NASA’s twin study indicated that theoretically, it is possible, our ageing process can be reduced in space.

Remember, an ageing process can be reduced in space, not age. We can not reduce our age.

From the present study conclusively we can say that collective research is required to give more focus on the human ageing process in space.

If we can live longer in space, we can go far beyond our galaxy in space and can search for water and life on other planets too.