“Genetic engineering is a technique using which an organism’s genome can be edited and improved species are developed. The technique can be employed to cure genetic disorders as well.”

One of the underrated professions in the world is genetic engineering. This is so because it can easily be confused with other professions related to laboratory activities.

Genetic engineering is much more than this. In fact, it is a profession that deals with the rubric of human existence; it’s a profession that helps us to understand why certain changes in the genetic composition of different species occur.

Of course, all living organisms must be able to reproduce and pass information to their offspring through genes. Through reproduction, organisms maintain a bank of genetic information that links individual members and successive generations.

Genetic engineering, also called genetic modification, is the direct manipulation of an organism’s genes using biotechnology. It is a sphere of endeavor where scientists are always on the quest to enhance or modify the characteristics of an individual organism. For example, genetic engineering can be used to produce plants that are of higher nutritional value or plants that can tolerate the herbicide.

Several works have been done on genetic engineering with a major focus on its importance including medical treatment improvement, diagnosing disease conditions, increasing plants and animal food production, and production of vaccines.

The job description is specifically defined. In a nutshell, your role as a genetic engineer in the field of genetics is to help people lead quality lives as you will be responsible for treating patients with a genetic illness.

Your other option is to work in a non-medical environment as a biochemist or biophysicist exploring living organisms such as plants used as food crops. A biotechnologist plays a vital role in using genetic techniques to manipulate genetic material with the objective to develop new and improved living organisms. 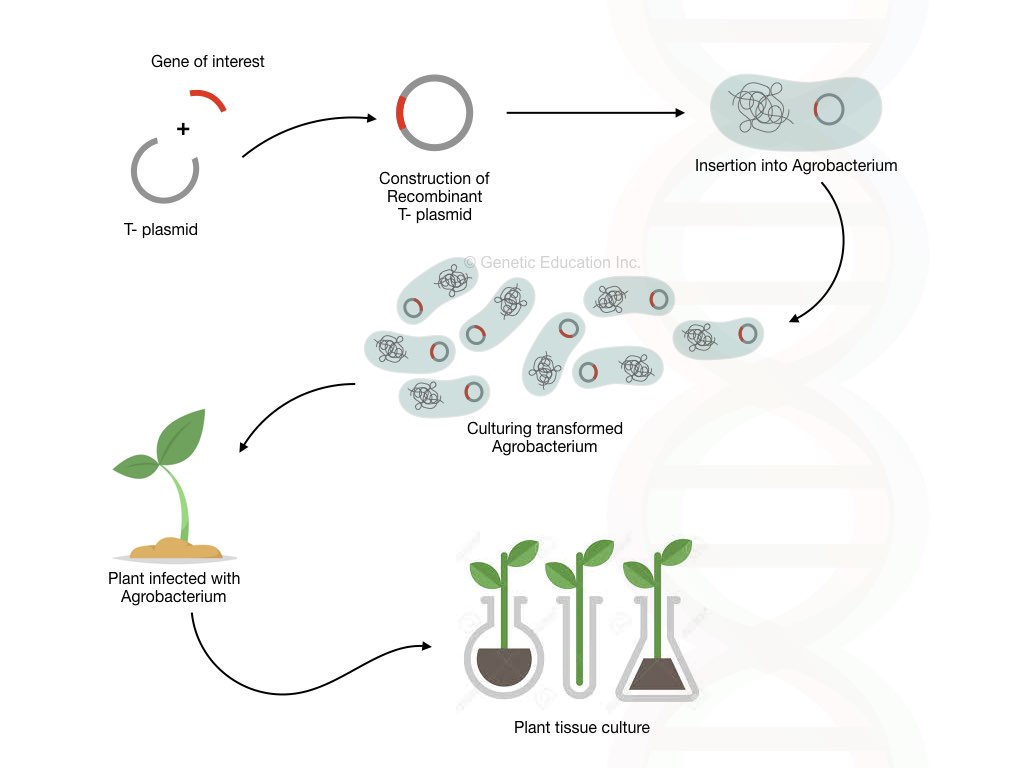 To become a genetic engineer, the minimum educational requirement will be a bachelor’s degree in biochemistry. However, it will be much more beneficial to have a master’s degree or doctorate level degree in molecular genetic or molecular biology instead. This is needed for specialization in the field.

More so, beyond the educational qualification, as aspirants of genetic engineering, you are required to have certain key skills that will enable you to be proficient at what you do.

Some of the skills you need to acquire include the following:

Read more: What is Gene Editing and CRISPR-CAS9?

There aren’t many job roles in the field of genetic management because their work mostly deals with conducting research, hence, they are treated as scientists. The improvement in job position depends on experience and skills.

As a genetic engineer, you can be found working in different sectors which are listed below:

Some of the roles and responsibilities of a genetic engineer include:

A genetic engineer’s job role has a huge impact on society. They work in a well-equipped laboratory and spend most of their time on research and genetic experiments. They can work in the laboratory as a technician, scientist, supervisor, researcher, and so on.

Pros and Cons of Becoming a Genetic Engineer

There exist enormous benefits from becoming a genetic engineer as there are a number of real and troubling concerns surrounding it too. However, according to an academic writing expert at CustomWritings.com, Lauren Bradshaw, “the steepness of the hill never stops the river from flowing, it rather turns it into a beautiful fountain”. What this implies is the fact that if you have chosen to become a genetic engineer, nothing should stop you from achieving that dream. Hence, you should see the downsides as mere challenges that you would have to overcome.

How much does a genetic engineer earn?

Salary can vary widely depending on several important factors which include education, additional skills, certification, and the number of years you have spent in the profession. The average genetic engineer’s salary in the United States is $69, 591 as of Nov 2020. However, the salary range typically falls between $70, 432, and $95, 358.

Genetic engineering is one of the most fascinating and growing fields of science. It involves the study of an organism’s genetics using PCR, DNA sequencing and other molecular genetic techniques. One with a genetic engineering degree can earn a decent salary.

It includes gene manipulation or gene editing which alters an organism’s genetic composition using several tools like the CRISPR-CAS9. If you what to learn more you can read this article: Explaining CRISPR-CAS9 System- Step by Step.