“DNA cloning/ gene cloning or molecular cloning is a technique used to make identical or similar copies of a DNA or gene.”

Gene cloning is a traditional method or technique used in molecular genetics to make DNA copies. The DNA is a polynucleotide chain, a tiny and colorless entity that makes proteins of various types.

It is so tiny that it can’t be seen by the naked eye or even by a microscope, therefore the harder thing is to experiment with a single or a few copies of DNA. We can’t proceed.

We need bulk of DNA of the same type or millions of copies of gene fragments to study! However, DNA can’t replicate outside our bodies. The replication is an enzymatic catalytic reaction to synthesize DNA in vivo.

Gene cloning makes it possible to ‘clone’ a DNA or a gene or any polynucleotide chain which we wish to study, artificially. And later on, used in recombinant DNA technology to make recombinant DNAs.

Noteworthy, gene cloning has been replaced by the automated thermal cycler or a PCR that can make copies of DNA within a few hours.

When we heard about ‘cloning’, dolly sheep came into our imagination, the first artificially cloned Dolly sheep was born in 1996. Although the history of cloning is far too old.

The concept of cloning DNA just came to light during the ’70s after the discovery of DNA in 1953. Cloning DNA has many groundbreaking and unmatched applications at that time. And are actually real!

Gene cloning was necessary to make any genetic experiment possible in the mid 180s, that is the reason it is very important to understand the concept of cloning.

The present piece of content’s major highlight will be on the concept of gene cloning and its steps and procedures. I will also discuss the applications and limitations of the present technique.

What is gene cloning?

A clone can be anything identical, here it is DNA or gene. Making copies or clones of DNA is known as gene cloning.

Gene cloning is a technique, combination of restriction digestion, ligation and polymerization to make copies of DNA artificially. The technique was widely used in recombinant DNA experiments and genetic engineering.

The story of molecular genetics was started when the chemical structure or the molecular structure of the DNA was postulated by 1953. J Watson and Crick and explained that DNA is made up of three ingredients- sugar, phosphate and nitrogenous bases and is a ‘molecule of life’ for every organism on earth.

Soon after various techniques to study and isolate and characterize DNA was started originating in different corners of the world.

Although the exact history of who first cloned the DNA was unknown! It was initiated in 1972. Paul Berg was the first person- a biochemist from Stanford university manufactured the first recombinant DNA.

Gene cloning is referred to as a process of copying DNA or gene through recombinant DNA, transformation and gene isolation in order to get copies of a gene for various downstream applications.

Gene cloning is a simple, yet complicated and highly sophisticated technique. A fragment of DNA containing a gene of interest is isolated, inserted into the plasmid and transformed using a suitable bacterial host.

The Gene of interest is isolated at the end of the experiment using the antibiotic resistance gene.

Isolating DNA or gene of interest: isolating a fragment of DNA using digestion or chemical lysis.

Constructing a vector: a piece of DNA is inserted into a suitable vector or vehicle to transfer into host cells.

Isolating cloned genes: copies of a gene are isolated and purified. 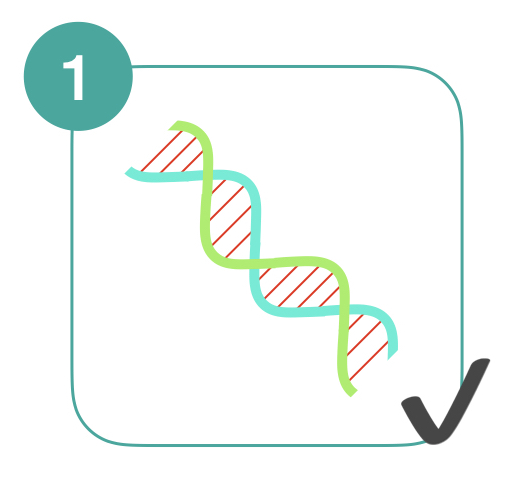 Any genetic experiment starts with extracting DNA. first, we have to isolate DNA from a cell to conduct the experiments, there are several methods for that, enlisted here:

Total genomic DNA is isolated using any of the DNA extraction methods. Soon after, DNA is purified using alcohol-based DNA purification and proceeds for gene cloning. 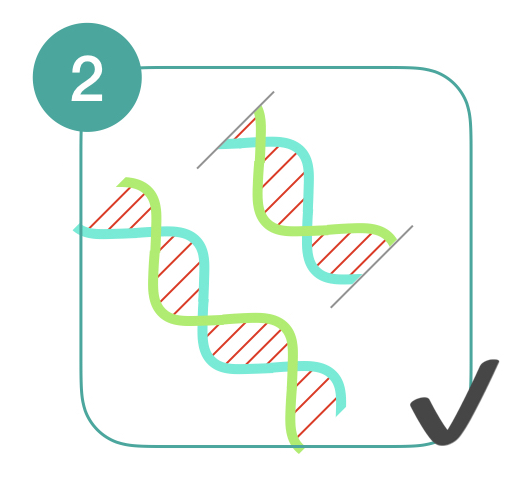 The total gDNA is a whole genome having many genes and DNA sequences, for cloning a single gene, a prospective researcher needs to isolate a specific gene.

The restriction enzyme cleaves DNA at its restriction site on both strands. The fragment is then isolated through electrophoresis and employed for cloning, further.

Vector selection is yet a crucial factor in recombinant DNA techniques, as wrong vectors can’t help to deliver genes at the target location. 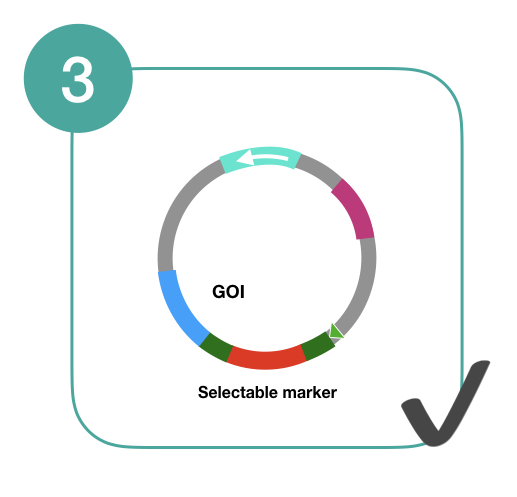 ‘Vector’- if you don’t know, is the kind of vehicle that transfers the GOI to the target location or to the host cell.

The vector carries the GOI to the host cell, replicates and makes copies of DNA in the host cell. Plasmid DNA, BAC, MAC and YAC are the popular vector systems used in gene cloning.

To use a vector or plasmid in the gene cloning or DNA cloning experiments, it must have several characteristics,

Once a suitable plasmid or vector is selected, it is processed for inserting GOI. a restriction enzyme cut open the plasmid to insert a gene, a ligase seals the gap after it happened.

As the vector is a combination of two different types of DNA; the vectors own DNA and the GOI, see the image above.

Step 4: introducing into a host cell: 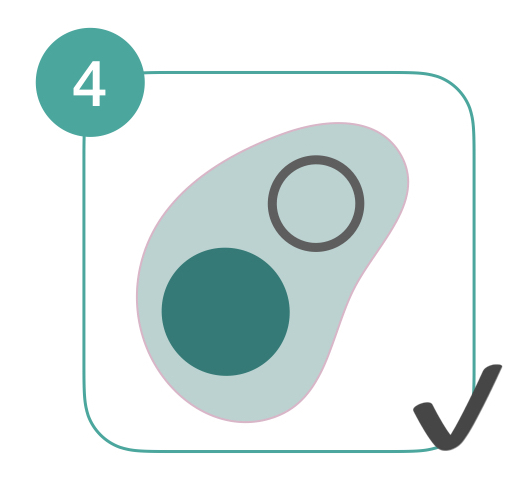 We need multiple copies of DNA therefore we need a host organism whose replication or multiplication rate is faster- the bacteria.

A suitable and non-harmful bacterial system is chosen to insert the recombinant plasmid DNA for gene cloning. The gene of interest replicates there and forms protein sometimes if needed. The artificial insulin protein was first manufactured like this!

Once the plasmid or vector is inserted into the host cell it starts replicating and making copies of DNA.

But the question that arises here is, how do we differentiate transformed and non-transformed cells? The answer is in the next step: 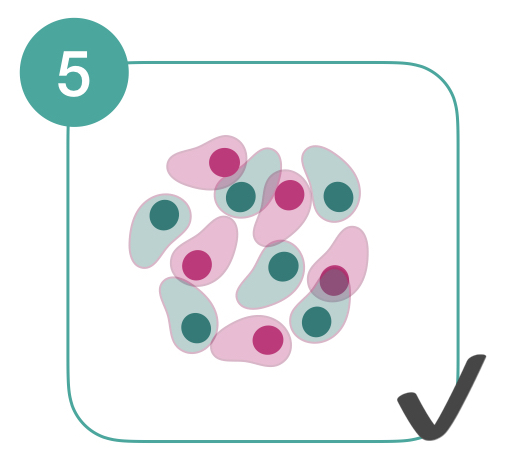 DNA is color cells and tiny things! We know it so it is impossible to identify it by eye or even through a microscope. A specialized technique- known as marker-assisted selection, is performed simultaneously to select the transformed cells.

Note that the transformed cells are grown under strict aseptic conditions and correct culture media to avoid contamination and chance of culture failure.

Ideally, cells are cultured for 72 hours at 37°C temperature.

To grow the transformed cells faster, a culture media does have all the necessary amino acids and ingredients that boost cell division. 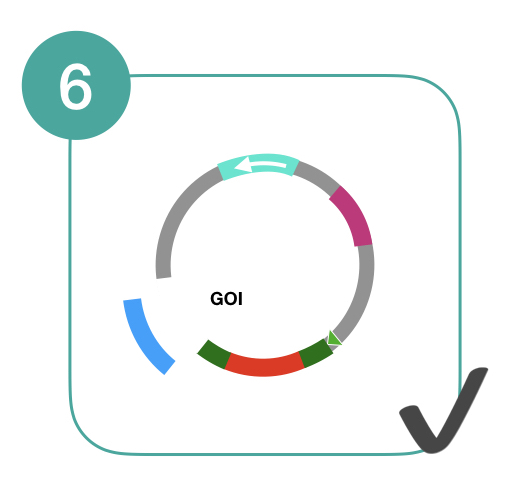 Now after the successful culture of transformed cells, we have millions of copies of genes of our interest in host cells, but we have to isolate them from the host genomic DNA.

Using the restriction enzyme, which was used previously to cleave the plasmid, the gene of interest is re-isolated from the vector, purified and collected in the DNA library.

Sometimes, it is allowed to replicate with the host genomic DNA to produce a desirable protein artificially. Insulin and human growth factor protein are manufactured in this way.

Once gene expression or translation is done, proteins are isolated and purified.

Bacteria are rapidly growing organisms that make their own proteins from a few genes. When we insert a gene of interest in the bacterial genome they transcribe the foreign gene as their and make the mRNA from a protein product.

We can isolate that mRNA for various studies or bacteria themself make protein by translating the mRNA.

The main advantage of gene cloning is that it gives multiple copies of a gene or DNA we wish to study.

The process is not harmful to the researcher.

It was used widely in gene and DNA analysis. Simply by gene cloning the presence or absence of a gene can be determined.

Also by constructing the recombinant plasmid, the function of a gene can be determined. Gene knockout, gene knockdown, transgene construction are also applications of it.

However, the traditional gene cloning technique- to make copies of DNA is replaced by a robust, rapid and cost-effective PCR technique. Using the Taq DNA polymerase, PCR can amplify or synthesize genes in rapid time.

The structure or sequence of a gene can also be determined by cloning it. A gene of interest is isolated and sequenced to know the sequence variations in it.

The technique of gene cloning is widely employed in the construction of genetically modified organisms using the recombinant DNA technique.

A transgene or recombinant DNA can be inserted in bacteria, plants, mice and other organisms to alter the traits, phenotype and study the function of a gene or disease model.

One of the fascinating uses of gene cloning is in gene therapy to cure genetic disorders. A faulty gene or DNA sequence can be repaired or replaced by the healthy one. If you want to learn more about gene therapy, you can read this article: What is gene therapy and how it works?

Mutational studies and identification of mutations:

Traditionally the gene cloning technique was used in the identification of mutations and other mutagenesis studies, however, it is now replaced by the polymerase chain reaction technique, as we said it is rapid and cost-effective.

It is also used in site-directed mutagenesis studies as well.

Production of recombinant or artificial protein products is one of the most groundbreaking applications of gene cloning. We already have discussed how it happens.

Proteins like insulin and growth factors were traditionally synthesized using the present technique.

DNA cloning/ gene cloning or molecular cloning was one of the groundbreaking discoveries in the 80s, but have some limitations and drawbacks.

The present technique is time-consuming. It takes at least 3 to 4 days to get results. Steps like culturing and restriction digestion take days to complete.

The chance of contamination makes it more questionable.

The present technique is also costlier and tedious to perform.

The accuracy and the yield of the experiment are also too low.

The objective of gene cloning is to make copies of DNA, but the technique is not so handy. The limitations of gene cloning were overcome after the discovery of the Polymerase chain reaction in 1983.

The polymerase chain reaction is a rapid, cost-effective, accurate and high yield technique. The number of DNA copies obtained after the experiment is far more than the conventional gene cloning technique.

The PCR saves time and money of experiment and provides ease in the experiment, this makes it a powerful “tool” in genetics and genomics.