“Genetics is a field of science that includes the study of inheritance and genetic variations by investigating the DNA, genes, genome, chromosome and other components of it.”

In a broader sense, we can say, that the study of genes, genome and chromosome and related inheritance of traits is called genetics. The mechanism of inheritance was first explained by Gregor Johann Mendel during the late 18’s.

As per Mendel’s finding, “the traits inherited from parents to their offsprings.” Some traits are physical while some are biological. What he called a trait are now known as genes which inherited from one generation to another generation.

The genes are the sequence of DNA, encoding a specific protein. The physical traits are visible phenotypes such as the color of the eye, skin color, height, and hair color. The biochemical traits are involved in the regulation of biological reactions of ours which aren’t visible. For example, the reaction of lipid metabolism, the reaction of purine synthesis.

Mutation in a gene changes the phenotype which might be either helpful or harmful to us. Any alteration in the sequence of DNA which influences the related phenotype is called a mutation. Read the article on it: Genetic Mutations- Definition, Types, Causes and Examples.

A stable mutation in our genome causes genetic disease. Genes are made up of the sequence of DNA and located on the chromosome. The chromosomes are the complex network of DNA and proteins, the process called DNA packaging helps to arrange DNA on a chromosome.

Several structural chromosomal abnormalities also cause severe phenotypic defects. Broadly, the study of chromosome and related alteration is called cytogenetics while the study and analysis of DNA and genes at a molecular level are called molecular genetics.

In the present article, we will discuss one of the key element of our website that is genetics, its definition, and different branches of it.

“The branch of the science deals with the study of the heredity and variation in genes and genotype is called genetics. “

“The study of structure and function of DNA, genes, chromosomes and related alterations are called genetics.”

The term “Genetics” was coined by William Bateson is 1905.

The term “genetics” was derived from the Greek word “genetikos” and “genesis”. Genetikos: generative and genesis: origin.

Several applications of genetics are given below,

Mendel was the pioneer in experimenting and establishing the base of genetics and hence Gregor Johann Mendel is known as the father of genetics. During the period of 1856 to 1865, he experimented on pea plant and discovered the phenomenon of “inheritance of traits”.

The traits are now known as genes, that can be inherited from one generation to another generation. In 1866, he published his research paper describing the law of inheritance and independent assortment.

Some of the milestone discoveries in the genetics are enlisted below,

1866: Mendel’s research work published under the title of “experiments on plant hybridization.”

1888: Waldeyer identified the chromosome present in the cell.

1910: Morgan T, explained that the genes are located on the chromosomes. Also, they experimented on Drosophila Melanogaster and determined the nature of sex-linked traits.

1923: Griffith F, experimented on bacteria and postulated that the DNA is the genetic material.

1953: Watson and Crick identified the structure of DNA.

Read more on DNA: DNA story: The structure and function of DNA. 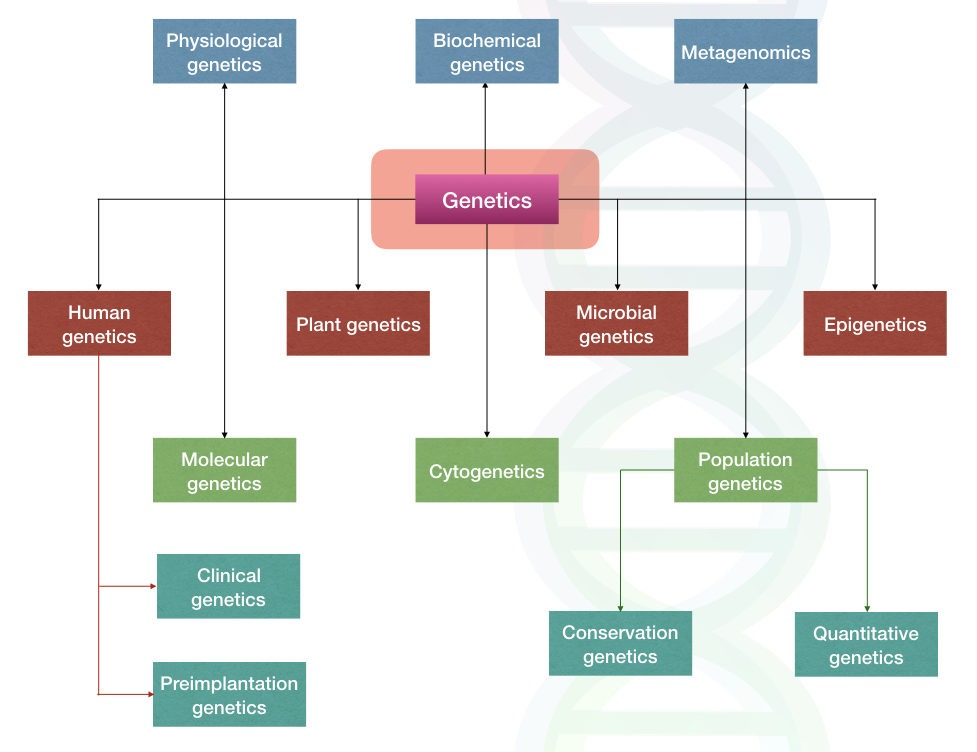 Molecular genetics is an interdisciplinary sub-branch of genetics dealing with the study of the structure and function of DNA as well as genes (at a molecular level) using techniques such as Polymerase chain reaction and DNA sequencing.

A state of the art technique, DNA sequencing is powerful enough to find new variations or mutations. Polymerase chain reaction, gene cloning, DNA sequencing, and DNA quantification are some of the techniques used in molecular genetic analysis.

Any of the molecular genetic experiment divided into the 4 sub-steps:

Separation is a process of extracting molecules like DNA or mRNA from other cell debris.

After that DNA is purified using the ready to use-kit or using alcohol.

Once the purified – good quantity DNA is obtained, it is further processing for the downstream applications.

The polymerase chain reaction is a process in which we can amplify millions of copies of a DNA segment of our interest in vitro.

The process is temperature-dependent, divided into three steps,

Denaturation: the double-stranded DNA denatured into a single-stranded one.

Annealing: the Sequence-specific DNA primer binds/anneal to its complementary sequence on single-stranded DNA.

Extention: the Taq DNA polymerase amplifies the DNA using the 3′ end of the primer. 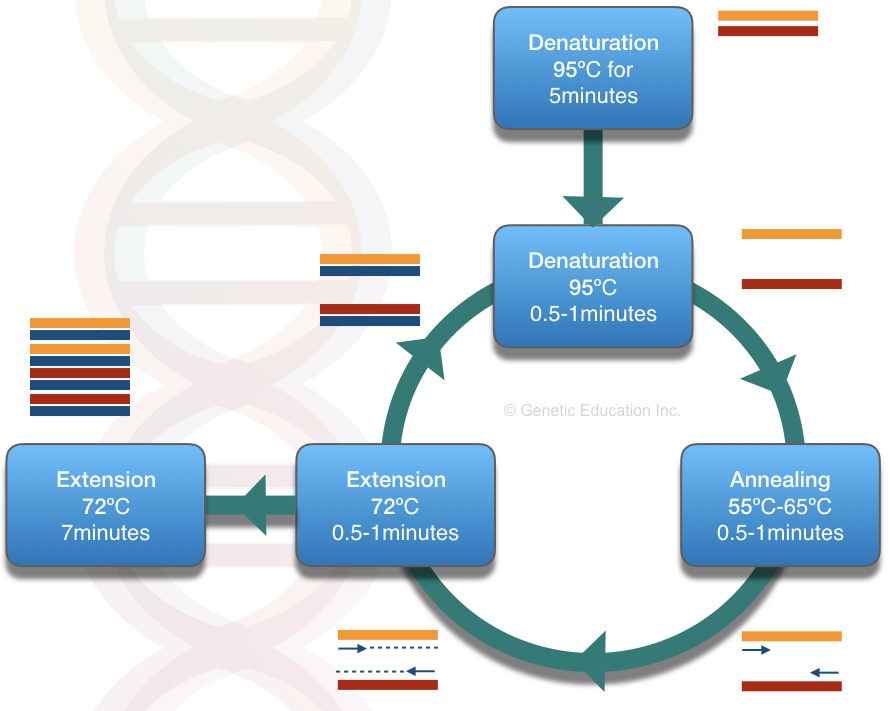 DNA cloning is a traditional method for the synthesis of DNA. Using a cloning vector our sequence of interest can be synthesized by the bacterial artificial chromosome. The method is time-consuming and not so accurate. It includes tedious steps like cell culture and isolation.

The method of reading the sequence of DNA using a computational tool is called DNA sequencing.

In this method, we can actually analyze any variation or new mutation in our sequence of interest using the fluoro-labeled dNTPs. Read more on DNA sequencing: DNA sequencing.

Cytogenetics is a sub-branch of genetics including the study of inheritance through chromosomal analysis utilizing techniques such as karyotyping, chromosomal staining and chromosomal banding, and FISH. Structural and numerical chromosomal abnormalities can be screened using cytogenetic techniques.

Major deletions and duplications (more 10kb) can only be detected using FISH or DNA microarray techniques.

Some of the structural and numerical anomalies are enlisted in the table below,

We have already covered a beautiful article on cytogenetics, you can read it here: A Brief Introduction To Cytogenetics.

The branch of genetics comprises the study of genetic alteration and its role in the development of the disease especially in humans is called human genetics.

Using the cytogenetic, molecular genetics, phylogenetic, population genetics, and clinical genetic methods, any mutation can be characterized which are involved in the development of the disease.

Furthermore, more recently, genetic techniques are also used in the screening, prognosis, and diagnosis of cancer. So many oncogenes are now known due to the advancement in genetic.

Characterizing or profiling the genetic composition of the embryo before implantation, the branch of genetics is known as preimplantation genetics.

Selective abortions can be prevented by doing the preimplantation genetic analysis prior to embryo formation. Some of the cells from the pre-embryonic stage are taken and grown in a lab. 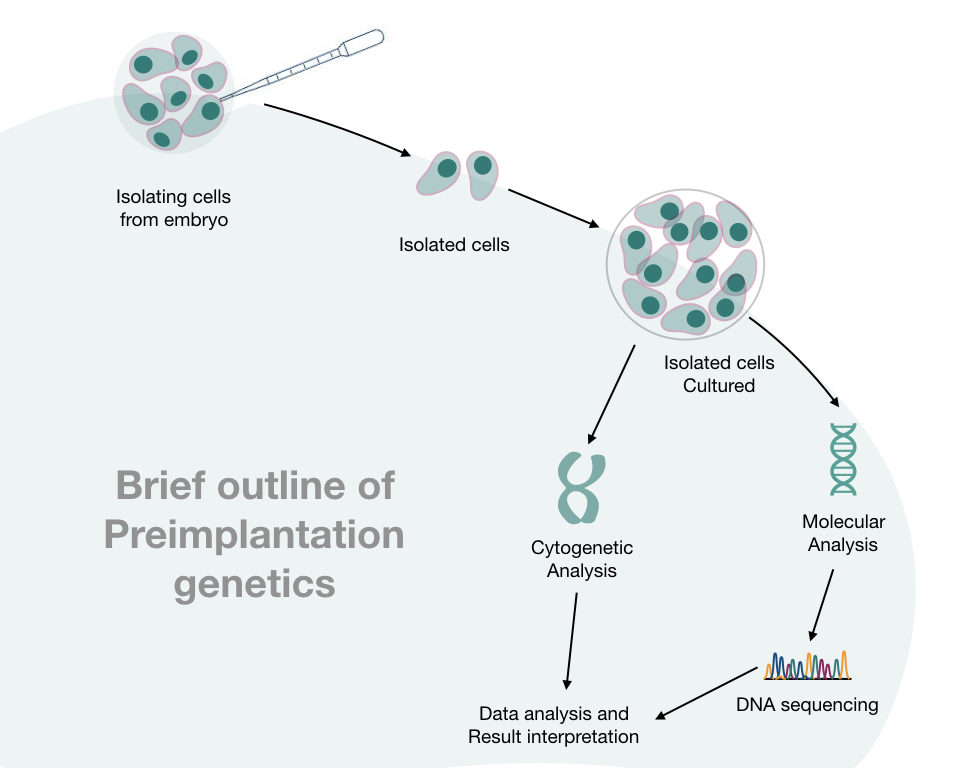 Broadly we can say that any of the genetic abnormality or disease can be identified prior to implantation. Although the field has some most promising applications, the PIGD still under the pre-clinical phase.

This genetic field is involved with the study of disease, finding the root of the disease, its adverse, related effects, and its inheritance pattern. We already have discuss all the points above.

The branch of genetics deals with the study of genetic variation and chromosomal abnormalities in plants covered under the plant genetics.

The state of the art genetic tools like karyotyping, PCR, and DNA sequencing is used in plant research and GMO studies too.

BT-cotton and BT- brinjal is the best example of genetically modified plant species.

Nicotiana benthamiana, Arabidopsis thaliana and Brachypodium distachyon are some of the model organisms used in the plant genetic studies.

Mainly the genome of the dicot plants is edited by introducing the gene in the T-plasmid of Agrobacterium.

The microbial genetics is an applied branch of genetics includes the study of the genes, genotypes ad gene expression of microorganism for various genetic engineering applications. The study includes genetic analysis of bacteria, viruses, archaea, protozoa and some fungi.

Excluding the RNA viruses, DNA is the genetic material in both prokaryotes as well as in eukaryotes, in addition to this, the hereditary and genotypic processes in microbes are similar to eukaryotes hence the microbes can be used as a model organism for studying the genetic traits.

For instance, the operon model has provided information on gene expression and regulation of different enzymes involved in the metabolism of biomolecules such as lactose. lac and trp operon are two of the most common studied bacterial operons.

Some of the microbes are the proven causative agent for the disease. By studying those microorganisms infectious diseases can be prevented. Furthermore, vaccines and antibiotics against any microbes can be developed by studying their genetic profile.

Meta: Vast or huge, Genomics: a study of genetics or inheritance

The branch of the genetics that deals with the study and identification of different microorganisms from the environmental sample using modern genetics techniques is called metagenomic studies.

Different types of organisms can be studied and identified by studying the recovered environmental sample without using cultivation or culturing methods.

Traditional microbiology techniques such as culturing or cultivation may not help in the identification of all organisms present in any biological/ environmental samples. A majority of microbial diversity has been missed, contaminated or not cultured properly which creates a loophole in the study.

Using genetic tools such as DNA sequencing or polymerase chain reaction, one can identify microbial diversity in any biological sample. Shotgun sequencing and PCR direct sequencing is commonly used for the metagenomic analysis.

By extracting DNA from any biological sample, one can identify and characterize any microorganism present in that sample using the species-specific and sequence-specific primers and bioinformatic tools. A powerful sequencing tool can even identify any unknown organism or new microbe or strains of microorganisms. 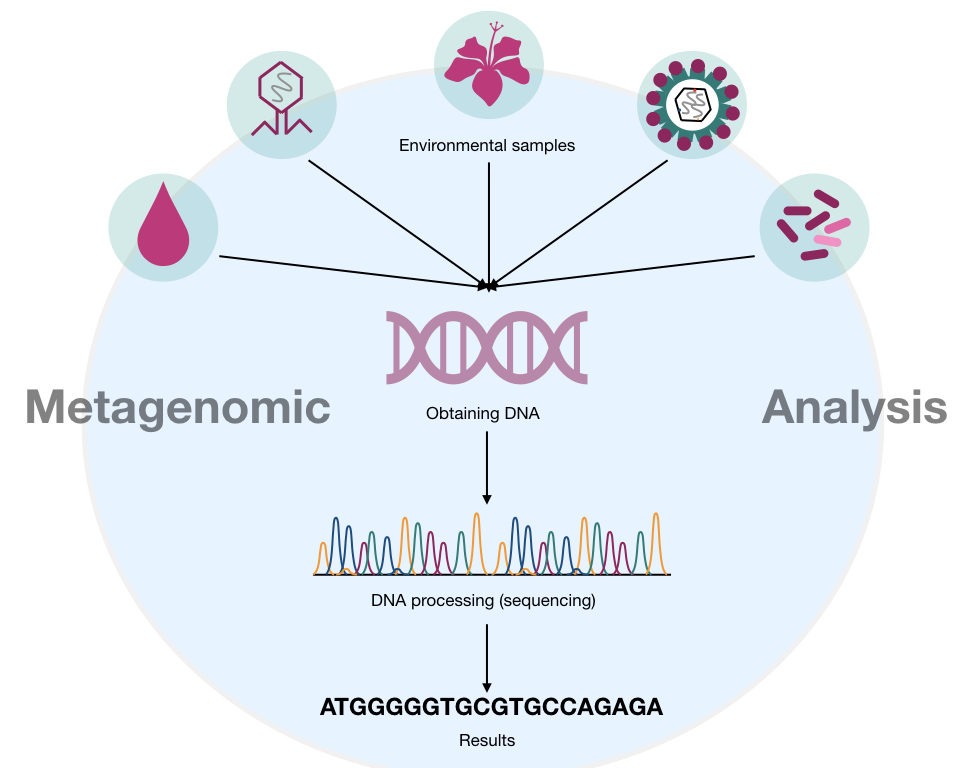 An interdisciplinary branch of genetics includes the study of genetic difference within and between the population or individual is known as population genetics.

By doing mathematical calculations, statistical analysis, fieldwork and genetic analysis one can calculate the genetic frequency, allelic frequency, and other factors with respect to the population.

We can also determine how natural selection, mutation, genetic drift, and gene flow can influence the phenotype and genotype in the population. The Hardy-Weinberg’s equation is the basis of the population genetics, H-D equation: P2 + 2pq + q2 = 1

Gene expressions are tissue-specific. What we eat, how we sleep, how we exercise and stress has a major impact on our epigenetic profile.

Some of the epigenetic factors like methylation, ubiquitination, acetylation, histone modification can activate oncogenes and causes cancer. Those studies are involved in epigenetics.

The branch of the genetics related to studying the chemistry of DNA, gene, chromosome, RNA and related biomolecules is called as biochemical genetics.

Physiological genetics deals with the study of physiological characteristics such as sex differentiation and sex determination, blood group factor and sickle cell anemia like physiological conditions.

It is actually a branch of the population genetics which studies the continuously varying phenotypes. The correlation between phenotype and related genotype is the base for quantitative genetics.

Again, conservative genetics is a subfield of population genetics in which, using the genetic tools and by understanding the dynamics of genes and its expression profile, endangered species of plants, animals and other organisms can be conserved.

The field of genetics study the behavioral phenotypes of an organism governed by the genetic factors are called behavior genetics.

The behavior of an organism is influenced by the interaction between the environment and genetic composition.

Some of the behaviors of ours are governed by inherited genetic factors. Read our article on it: Behavioural Genetics: Science behind the behavior

Using the tool listed below, any genetic abnormality like SNP, copy number variation, structural and numerical chromosomal abnormality, gene expression and any new variation can be studied.

In a broader sense, genetics is a study of genotype, its related phenotype, and alterations in the genome. Using genetics tools, nowadays, the diagnosis of inherited diseases is a common medical practice.

The Human Genome Project was completed in the year 2013. Now we have the entire genomic sequence of human. We can use this data for the identification of new mutations and alterations.

Further, genomic data of so many other organisms are now available which is used for identification and characterization of different organisms and species.

branches of genetics Genetics What is genetics?

NASA Twins Study, “7% Of Scott DNA Is Not Matching With His Twin Brother Mark”, Is It Possible?